BlancOne® CLICK
The fastest whitening treatment in the world 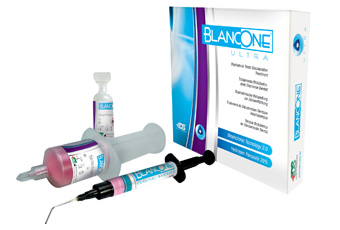 What does the new European Directive on dental bleaching require?

Because abuse or improper use of hydrogen peroxide (H2O2) can have a negative effect on the surface morphology and on the permeability of enamel and dentin, EU Council Directive 2011/84/UE of 20th September 2011 has limited the use of bleaching and whitening products based on hydrogen peroxide.
Only dentists and dental hygienists can use and supply products that contain or release between 0.1% and 6% hydrogen peroxide (H2O2), while the products that contain or release up to 0.1% H2O2 can be freely sold.
Products with H2O2 concentrations of more than 6% are not allowed as cosmetics, but are admitted as medical devices in different European countries.
In addition to limiting the sale of products containing H2O2, the directive has also established that dental bleaching treatments cannot be applied to anyone under 18 years of age.

Read all questions and answers

BlancOne® Home To do at home

Find an office for a BlancOne® treatment

Find out more or adjust your settings.

This website uses cookies so that we can provide you with the best user experience possible. Cookie information is stored in your browser and performs functions such as recognising you when you return to our website and helping our team to understand which sections of the website you find most interesting and useful.

Strictly Necessary Cookie should be enabled at all times so that we can save your preferences for cookie settings.

If you disable this cookie, we will not be able to save your preferences. This means that every time you visit this website you will need to enable or disable cookies again.

This website uses Google Analytics to collect anonymous information such as the number of visitors to the site, and the most popular pages.

Please enable Strictly Necessary Cookies first so that we can save your preferences!